Adsorption is a process where a solid (active carbon) is used for removing a soluble substance from the water. Activated carbon is produced specifically to achieve a very big internal surface (between 500 – 1500 m2/g). The big internal surface makes active carbon ideal for adsorption. Active carbon comes in Powder Activated Carbon (PAC) and Granular Activated Carbon (GAC). The GAC version is mostly used in water treatment, it can adsorb the following substances: Non-polar substances (Substances which are non-soluble in water) Examples from active carbon in different processes:

Water is pumped in a column which contains active carbon and then the water leaves the column through a draining system. The action of an active carbon column depends on the temperature and the nature of the substances. Water goes through the column constantly, which gives an accumulation of substances in the filter and therefore, needs to be replace periodically. A used filter can be regenerated in different ways, granular carbon can be regenerated easily by oxidizing the organic matter and the efficiency of the active carbon decreases by 5 – 10%). A small portion of the active carbon is destroyed during the regeneration process and must be replaced. If you work with different columns in series, you can be assured that you will not have a total exhaustion of your purification system.

Molecules from gas or liquid phase will be attached (adsorbed, not absorbed) in a physical way to the carbon surface. The adsorption process takes place in three steps: The concentration of substance in the water determines the activity level of adsorption, the temperature and the polarity of the substance. A polar substance is a substance which is good soluble in water, cannot or is badly removed by active carbon, a non-polar substance can be removed totally by active carbon. Every kind of carbon has its own adsorption isotherm (see figure 1) and in the water treatment business this isotherm is definite by the function of Freundlich.

The function of Freundlich: x/m = adsorbed substance per gram active carbon
Kf, n = specific constants
Ce = concentration difference (between before and after)

The second curve from active carbon (see figure 2) shows a filter that is exhausted. Usually we place a UV-disinfections unit after the active carbon column.

WHAT IS THE DIFFERENCE BETWEEN ADSORPTION AND ABSORPTION? 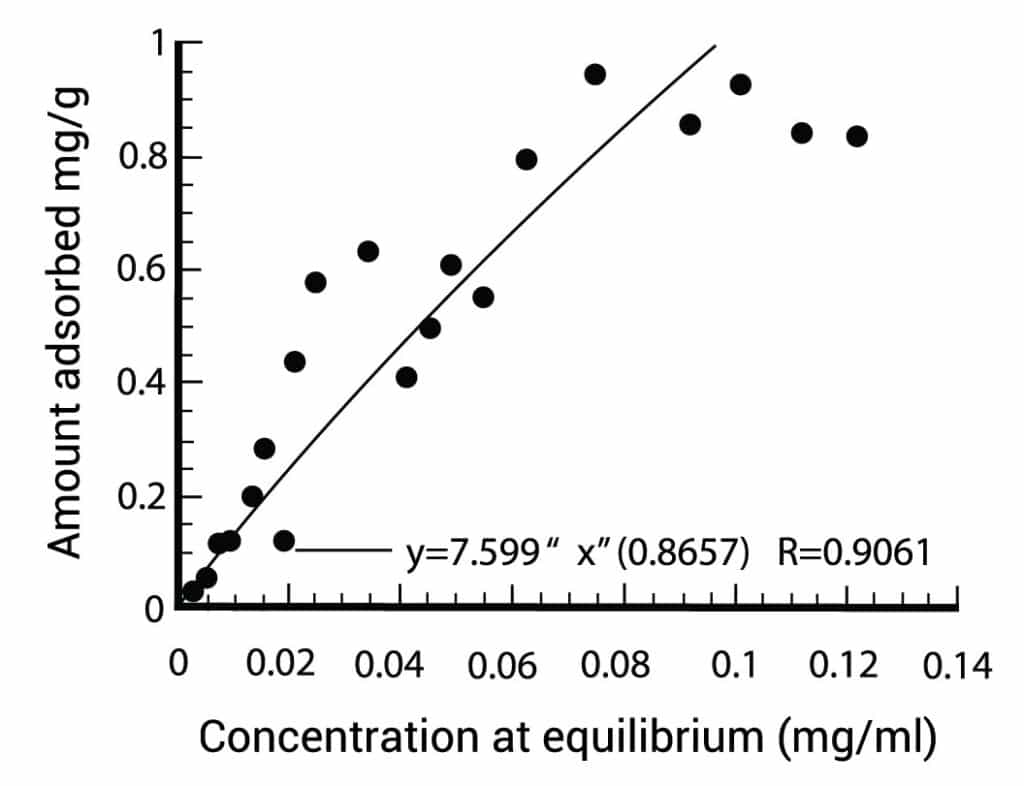 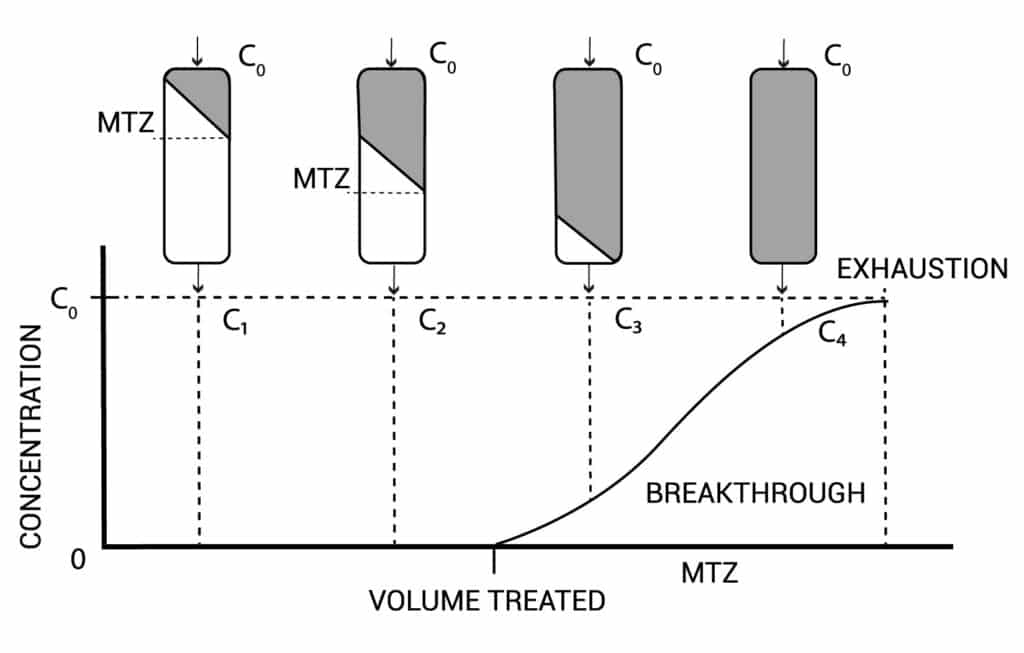 4.- Chemicals for which adsorption with active carbon is unlikely to be effective and may be viable in certain cases such as for low flow or concentrations: Elements that influence the performance of active carbon in air:
HydroScientific™
P.O. Box 2235 Chino Hills
California 91709 | USA
909.527.6996
sales@hydronixwater.com
© 2019-2022 HYDROSCIENTIFIC.
All Rights Reserved.